It’s simply about rejoicing in the Name of God and developing your relationship with guru and God. It’s one of the easiest ways I can express myself to Him and for that reason, it’s incredibly precious. It allows an avenue or opportunity to go deeper into that connection.

The music room in Shree Peetha Nilaya - The Ashram is tucked away in an unassuming corner of the Krishna Lounge. The room itself looks something like a wayward home for well-loved instruments. The floor is decorated with harmoniums, tablas, mridangas, and meditation cushions. A desk rests in the corner, cluttered with papers and notes, the bookshelf is lined with folders for musical sheets, scriptures and saint anthologies. Presiding over it all was Saraswati-devi, ready to give her grace to all musicians, strong and meek, who enter.

It was in this room I met with Bhavani and Aaradhakananda to ask about the creation of ‘Calling for Krishna’, their newly released EP. Bhavani sat curled up comfortably against meditation cushions in the corner when I walked in. A kind, profoundly smart and creative woman, much of her seva revolves around kirtan and the performing arts. In addition to being a talented singer, she has scripted and directed many of the Bhakti Marga plays over the past few years. Despite her notoriety within Bhakti Marga, she sits with graceful poise and a certain humility - casting a sense of comfort to those around her.

In her latest release, ‘Calling for Krishna’ Bhavani strays from the more upbeat groove we’re used to seeing from her and sets the stage with a soft melodious tone, drawing us into the gentle grace of the Divine Names. When I asked her about this change, she said ‘I think it’s something I’ve always liked but I didn’t feel there was an opportunity to do so much in the temple and maybe that’s because we have a culture of having it so energetic and alive which is why these kinds of songs I’ll do only in the privacy of my own room. So it’s nothing new. It’s just something I’ve never been inclined to do publicly.’

To accompany her voice, Aaradhakananda plays the guitar, an instrument he’s played since childhood but admits to feeling out of practice on. He seemed more than happy to play for Bhavani saying, ‘It’s one of my favourite positions to be in, just playing an instrument I feel comfortable with and serving someone who can really sing. It’s one of my happy moments. But I struggled because I’m rusty.’

Aaradhakananda is known as Bhakti Marga’s head musician. He is someone who seems to be able to pick up any instrument and play with an unusual combination of precision and freedom but his skill does not outweigh his love of sharing the Divine Names through kirtan. In every course and workshop that he teaches, he tells his students that ‘there is no logical reason to be shy when singing kirtan because you are not singing for or to your neighbour or whoever else is present. You are singing only to God directly. It’s your connection to Him. And He knows you better than anyone in this world.’

Both artists come from musical families and express similar sentiments when asked about their own journey and relationships to kirtan. Bhavani came from a bhajan playing family and was brought up singing. She says ‘I was also surrounded by a lot of so-called professional singers. So a lot of the time when I was singing it was a matter of just hitting the notes, making it sound nice. There was a lot of thinking involved behind it. I didn’t know if I was truly connecting with what I was doing. The only time I think I began to understand what kirtan is all about is when Guruji came into my life. He made it very apparent that of course you need to know how to sing but it’s not about being professional, it’s not about hitting the right note, it’s simply about rejoicing in the Name of God and developing a relationship with guru and God.’

Aaradhakananda was also brought up by musicians but never saw kirtan as a path towards God. It was a fun, spiritual activity but he remembers thinking poorly of others who had kirtan as their primary sadhana. ‘I used to have Vaishnava friends from different traditions back in the city in Brazil. They would just sit and chant the Name of God and I would think low of them, like ‘they don’t even do pranayama, they cannot sit quiet for five minutes. How can these guys think they can attain God like that? They just jump and sing the whole day. And then when I met Guruji everything changed. Actually, after years, I wrote to this friend of mine and said “you were always right.”’

They confess to not rehearsing much as they put the EP together. In fact, they picked the songs and the key that fit Bhavani’s voice the best and that was nearly the end of their preparation process - something you would never guess when listening to the smooth melodies. Reportedly, even Guruji regularly listens to ‘Sankata Harana’ - the final track.

I wondered if somehow their lack of rehearsal allowed for more space for improvisation and flexibility in how they played together. Regardless, the EP shines bright and pulls you in. Even as I write this, the EP playing in the background, I find myself wanting to pull away from the screen and just listen to the divine melody.  Maybe that’s the point - as Aaradhakanda describes their seva with music as ‘basically for spreading the Name of God, encouraging people to sing the Name of God, which is the remedy of the world. And it doesn’t matter if they are leading with the guitar or harmonium, if they are just playing the album and singing along, or if they are just remembering the song and singing in the car, or if they just remember the melody together with the Name of God in their heads after they listen to it or whatever way they are being in contact with the Name of God - that’s enough. That’s what the world needs.’

Kirtan is about rejoicing in the Name of God. In these acoustic and soulful bhajans, Bhavani’s melodious voice supported by Aaradhakananada on the guitar carries you away into the beauty of the Divine Name. If you do nothing else today, connect to the Lord through this gentle and heartfelt sound. 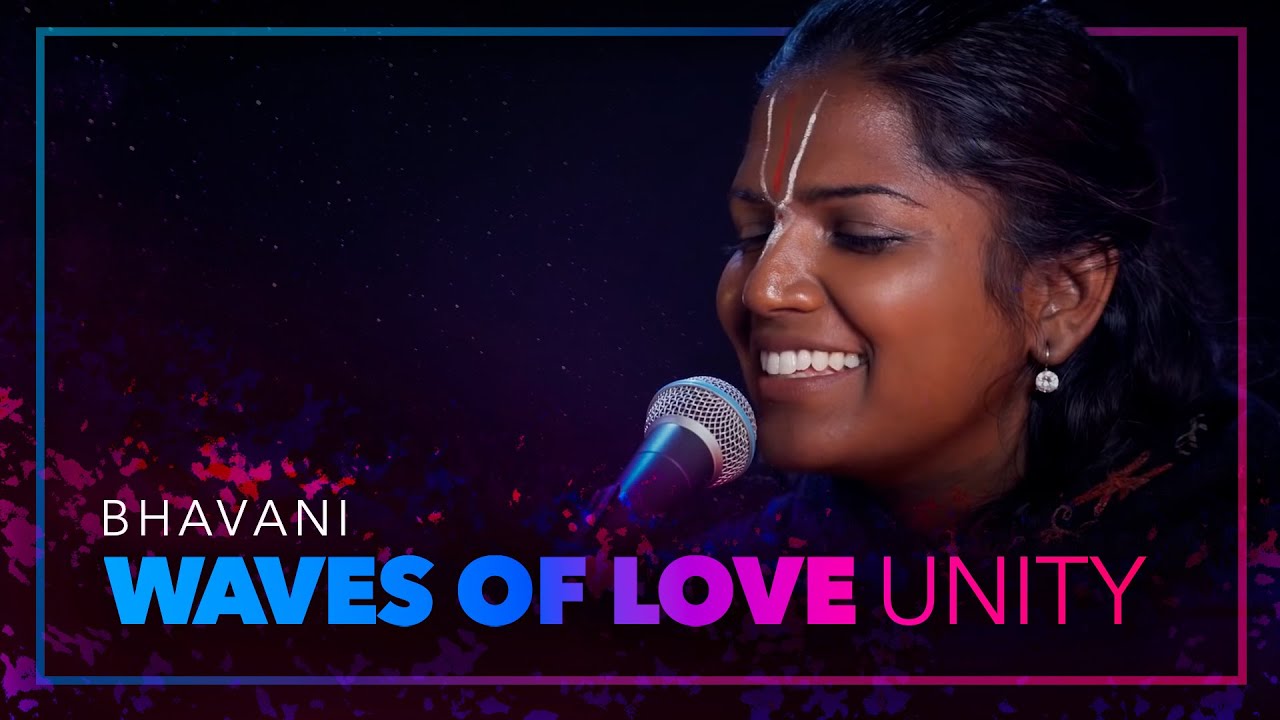 Our Prayers Are Heard

Just as He comes to us, He asks us to take a step towards Him, to put our effort into the relationship too - much like we see in the following story of one of our resident pujaris and his love for Krishna.

The twelve pillars of dharma provide guidance on the right way of living in our pursuit of God-realisation. In our next post in the series, we'll dive into the pillar of self-restraint.

It's a Love Song for Krishna