Near the end of the song, the instruments take over for a moment, providing a romantic backdrop for Sati to dance to. It seemed she was dancing with Krishna Himself before taking her place back in front of the microphone to end her serenade to the Lord with His names once more.

We met on a day when the skies were grey outside my window, snow painted the earth, and the air held the promise of more snow to come. This setting existed in stark contrast to the bright and vibrant yellows and blues and oranges that painted the landscape in Mauritius where Sati took the time to speak with me. It looked like a perpetual summer with palm trees in the wind and the ocean only metres from where she sat.

Her eyes seemed to stare off at some distant point as she shared the story of how she came to write Giridhari Gopal, later performing it at the Just Love Festival Exclusive in 2020. She had been in Bali with Paramahamsa Vishwananda. While He was performing abhishekam, she began singing without much of a plan and from this had found the refrain to the song. As many artists are apt to do when they find something they like or are inspired by, she recorded it. It wasn’t until half a year later while working on a new Sati Ethnica album did she return to the song. With her team, they developed the refrain into this beautiful love song to Krishna.

In Giridhari Gopal, Sati’s high and lilting voice is accompanied by a string quintet and given a contemporary arrangement that is somehow reminiscent of her origins in pop music. When asked about her transition from pop music into devotional music she says, ‘When you dedicate yourself to this kind of music, you have to understand that maybe it's less commercial, it’s less successful...And that is kind of sacrificial but from one side but from another side what gives that music is way beyond what any kind of music can give you - jazz, blues, pop music, or rock music and so on. Actually, as my Guruji said, music is the instrument, the language of God. It brings consciousness from one level, from the material level to the spiritual level.’ She describes her experience with pop music as ‘not enough. Not deep enough. It’s good for selling.’ After meeting Guruji, she began to sing bhajans just to herself for the sake of enjoying it. She had no intention of turning it into her profession but it seems Krishna had another plan.

In her first performance for Guruji, she mentioned feeling shy which was fairly out of the ordinary for her. Guruji stood up and began singing and dancing in front of the stage to support her. She says of the experience, ‘Í started to believe in myself because I realised that He believes in me so much. The whole of humanity could all of a sudden could start to give me their love and support and belief in me and it would be nothing compared to what He gave at that moment.’

Their relationship has only grown since then. Several years after that first performance, she was back on the stage at the Just Love Festival performing Giridhari Gopal. Near the end of the song, the instruments take over for a moment, providing a romantic backdrop for Sati to dance to. It seemed she was dancing with Krishna Himself before taking her place back in front of the microphone to end her serenade to the Lord with His names once more. 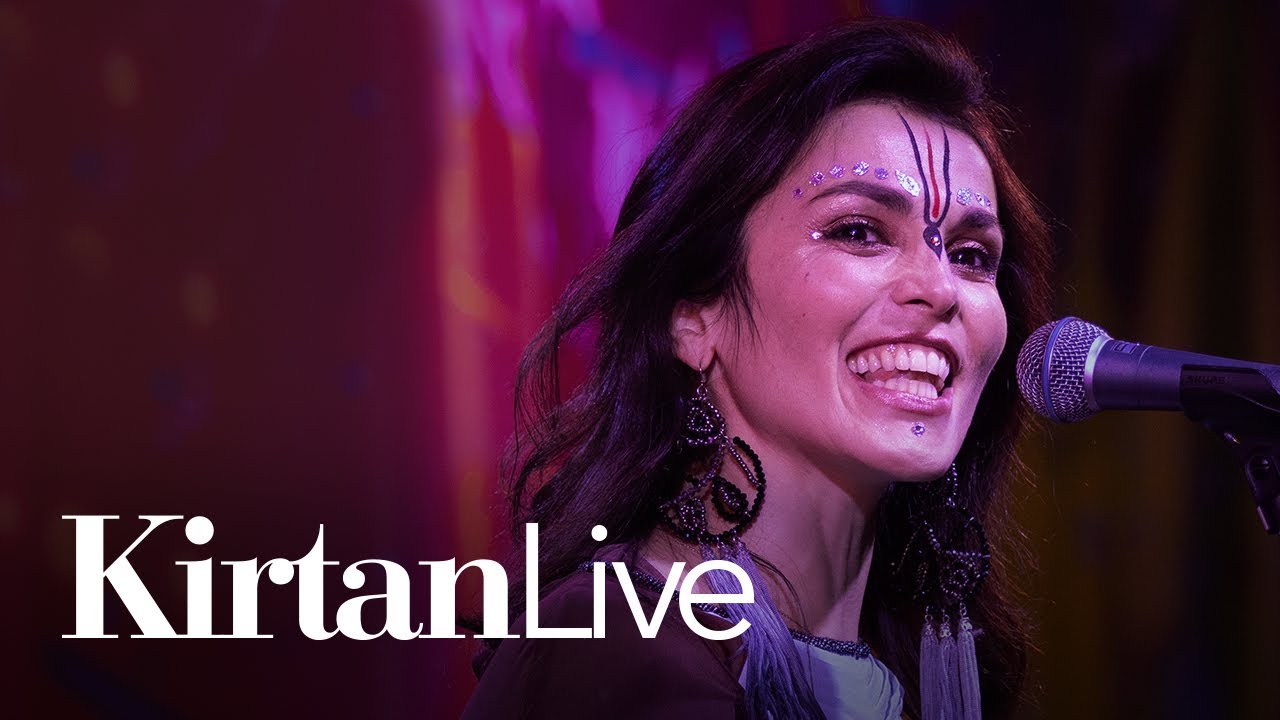 The Mysteries of the Sri-yantra

I experience the energy of the Sri-yantra through the change of the power of my heart. The more Sri-yantras I draw, the veils in front of me are being revealed. And as each veil is revealed, the world that I see is different.

It’s hard to put into words how you see yourself changed sometimes. But there is a change. I take things much more as they come. I also feel more prepared for whatever comes my way. I somehow feel closer to the Divine. I trust God more.

Sri Guru Ravidas led a long and miraculous life. His life demonstrates that simplest things, done with love, is more than enough to bring the Lord directly to you.

Drenched with devotion and building momentum in each verse, this month’s Bhakti Yoga Mantra is sung by Paramahamsa Vishwananda Himself in praise to Lord Shiva.