Paramahamsa Vishwananda says ‘When you chant the name Radha it vibrates in your heart chakra and just by chanting her name it will open the heart and help you to love God.’ Enjoy the Name of Radha with our latest blog post and Kirtan Live!

Vrindavan, the place where Lord Krishna enacted most of His childhood lilas and a must-see place for any Vaishnava, carries a vibe like no other. Walking the streets of this blessed city, visiting many of the holy sites and numerous temples devoted to the worship of Radha-Krishna, it’s easy to see and feel why it is such a sacred place. The presence of the Lord becomes almost tangible.

However, if there’s one thing that stands out it’s that the name of Srimati Radharani is on everyone’s lips. From the moment you wake up for sure the first person you’ll meet will greet you with ‘Radhe Radhe’, the residents of the city continually chant ‘Radhe Radhe’, the local street sellers and shops are all playing Radha-Krishna bhajans, the whole city is literally infused with Her name.

This is the beauty of Vrindavan, that the Divine Names are constantly resonating in your ears. With so many temples and ashrams around, there’s not a moment when the Divine Name isn’t being chanted or sung.

This month we have the release of a new Kirtan Live - Radhe Radhe Govinda Radhe (Sri Vrindavan Dham) led by Aaradhakananda. When talking to Aaradhaka about the kirtan he said it was one that he composed in 2016. He was experimenting to create a style that mixed simple Vraj kirtan with Western melodies. He said he sang it from time to time and even sang it whilst he was in Vrindavan to get the tune blessed. During the Holi pilgrimage in March 2020, Paramahamsa Vishwananda said that whatever spiritual practices one does in Vrindavan gets multiplied a hundredfold, so what better place to sing it than in Vrindavan itself!

Aaradhaka said it was only a few years later did he feel that the song was ripe enough for recording. He explained that he actually wrote another bhajan and took the ending part of that one and mixed it with this one. He said with Guruji’s support and with the support of other Hindi speaking people he made sure that there was nothing wrong with it, even texting Guruji to make sure that one of the phrases was correct.

I asked Aaradhaka if there was anything he could say about singing the name of Radha to which he replied ‘Radha’s name is the most addictive name to sing, there is a special sweetness in Her Name, something happens...there’s a different kind of love that comes when we sing Her Name, there is mystery there…’

He went on to say 'It’s not a coincidence that the brajwasi’s say that when you say Radha, Krishna comes. Always when Radha comes, Krishna has to come along, so basically when you call the ultimate devotion you get God as a bonus.’

Music has the power to transport you to a happy place in an instant. However, if music is infused with bhakti or centred around the Divine Names you have something magical that goes far beyond happiness itself, something that has the capacity to open the heart and lead you to a state of bliss.

When you chant the name Radha it vibrates in your heart chakra and just by chanting Her name it will open the heart and help you to love God.

Bring the Name of Radha into your heart today and sing along with Radhe Radhe Govinda Radhe! 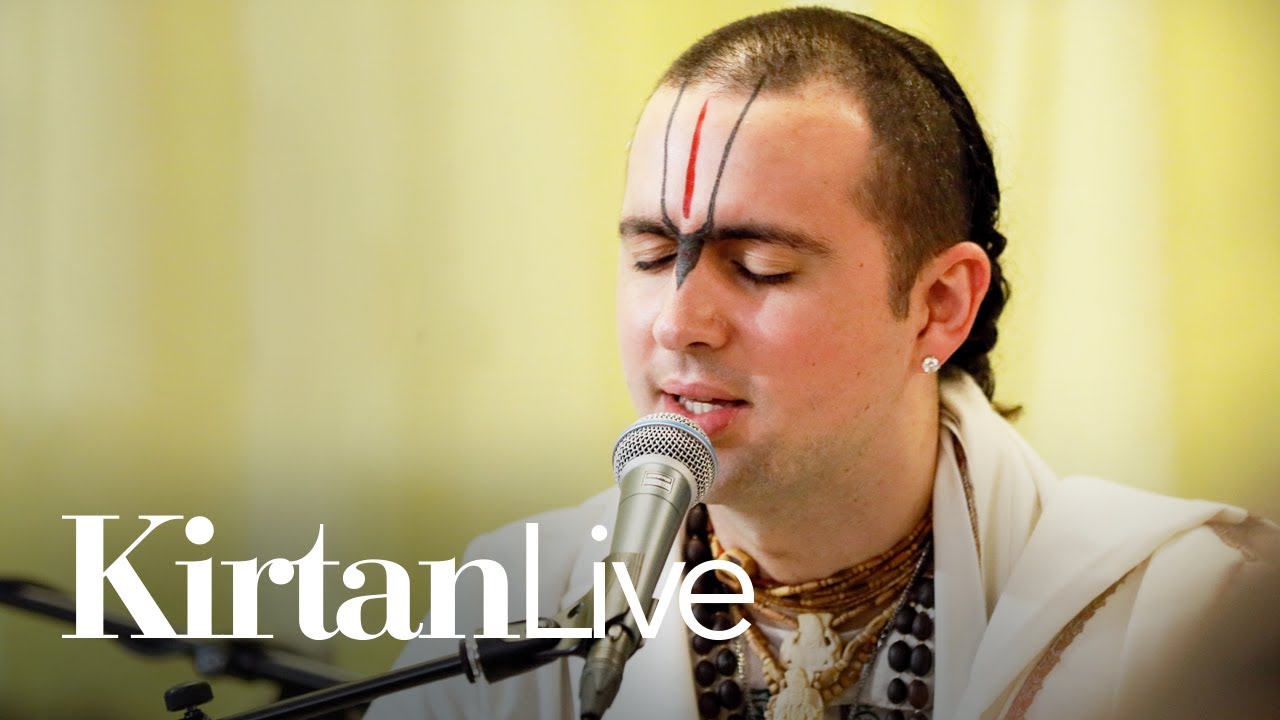 Moms and dads everywhere, let’s allow ourselves to acknowledge these numerous tiny moments of service as bhakti, thank guru and God for them, and enjoy the labour of love.

Learning from the Great Bhaktas: Bhu-devi

'Maha-Vishnu said to Bhu-devi "You will be ever-present on my chest. From now on, people will venerate You as My wife and whenever You are in distress, I shall manifest Myself on You, to save the world.’

The twelve pillars of dharma provide guidance on the right way of living in our pursuit of God-realisation. In our next post in the series, we'll dive into the pillar of contentment.

Where is Your Focus?

Really it is so simple: Focusing on God, pour your heart out, and He will be happy. That's all we need to keep in mind during puja.