This month’s Bhakti Yoga Mantra brings us the Lingashtakam by Paramahamsa Sri Swami Vishwananda and other well-known voices in Bhakti Marga. Drenched with devotion and building momentum in each verse His sweet voice carries us on a journey praising the Shiva-lingam. The crescendo builds into such a state that it is as if we are dancing with Shiva, the divine dancer, himself.

This month’s Bhakti Yoga Mantra brings us the Lingashtakam by Paramahamsa Sri Swami Vishwananda and other well-known voices in Bhakti Marga. Drenched with devotion and building momentum in each verse His sweet voice carries us on a journey praising the Shiva-lingam. The crescendo builds into such a state that it is as if we are dancing with Shiva, the divine dancer, himself.

Guruji always asks that it be chanted daily 11 days before Shivaratri, and on Shivaratri itself which this year is on Thursday, March 11 2021.

The essence of Shivaratri is – to surrender your mind. Focus it on God. Chant His Divine Names. Purify yourself, purify your mind. In short, that is Shivaratri, nothing else.

I had opted to be the last group enjoying the final early morning hours. When the celebrations had finished I was told I could line up to collect prasad which I had not expected as I was so used to sitting back and spectating. I got in the queue and when I arrived in front of Guruji he asked, ‘Do you have a lingam for the temple?’ Just days before flying out to Germany, construction on a Bhakti Marga Temple began in our house in Spain. I replied that we didn’t so He called for someone to bring the tray of lingams He had materialised just hours before. He casually picked up a dark, black shining lingam and handed it to me. I was in shock and also conscious I had to move on to keep the line flowing for people to receive prasad. I collected prasad and, holding onto the lingam, walked out of the temple with this overwhelming feeling of gratitude.

The Lingashtakam is a prayer composed in eight poetic verses listing Lord Shiva’s glories and the benefits of worshipping the lingam. Chanting the Lingashtakam is much like doing puja to the Shiva-lingam, through chanting this prayer we can connect with that consciousness Guruji talks about.

Guruji describes Shiva as innocent and accessible. He shows us the greatness of dedicated service, forgetting oneself and serving the Lord - He is a bhakta. In the Samudra-manthanalila when the devas and demons are churning the milky ocean the first thing to come out is the halahala, the poison. This poison represents our doubting mind and this has to be surrendered to the Lord. When halahala came the devas and demons ran to Lord Shiva and asked him to drink it. In the Garuda Purana, Shiva tells Parvati ‘O Devi, this is not a well-known fact. At the time of Samudra-manthana, before consuming poison, I meditated on Lord Narayana. It is due to his mercy that I was able to drink it as easily as I had the nectar.’

Lord Narayana involved Shiva in this part of the lila to empathize the importance of single-pointed devotion. Shiva is in constant meditation on Narayana. Shiva teaches us about acceptance, humility and devotional service. He did not take the halahala poison with his ego saying ‘I am so powerful I can save you all.’ He humbly meditated on the Lord and took it as selfless, devotional service.

Through chanting this devotional prayer, the Lingashtakam, we ask Shiva, the god of destruction, to destroy our pride so that we too can be absorbed in divine consciousness. 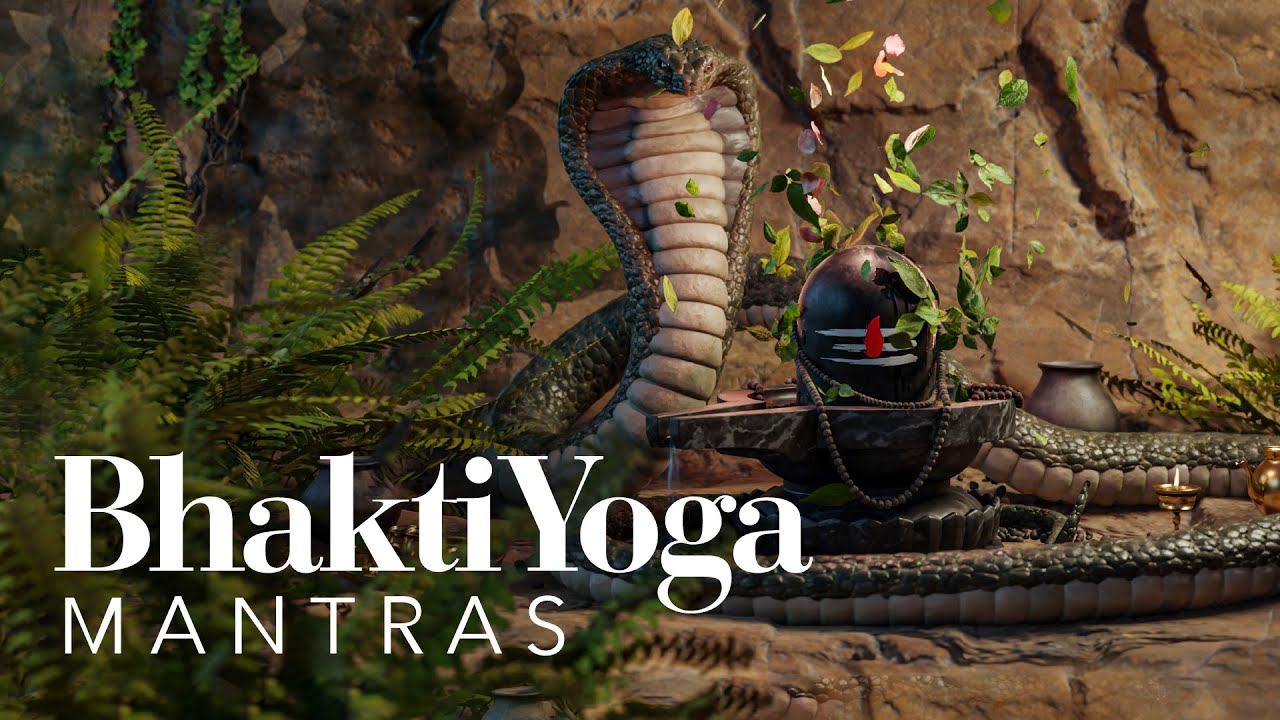 Moms and dads everywhere, let’s allow ourselves to acknowledge these numerous tiny moments of service as bhakti, thank guru and God for them, and enjoy the labour of love.

Learning from the Great Bhaktas: Bhu-devi

'Maha-Vishnu said to Bhu-devi "You will be ever-present on my chest. From now on, people will venerate You as My wife and whenever You are in distress, I shall manifest Myself on You, to save the world.’

The twelve pillars of dharma provide guidance on the right way of living in our pursuit of God-realisation. In our next post in the series, we'll dive into the pillar of contentment.

Paramahamsa Vishwananda says ‘When you chant the name Radha it vibrates in your heart chakra and just by chanting her name it will open the heart and help you to love God.’ Enjoy the Name of Radha with our latest blog post and Kirtan Live!